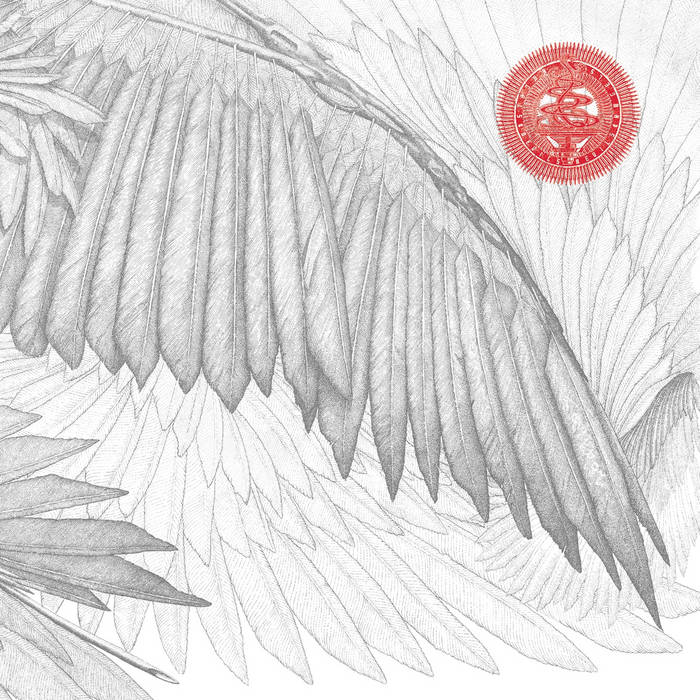 With recent reports from various think tanks predicting we have somewhere in the range of 15 years left before the collapse of society begins, it would seem like Kevin Martin's sonic predictions of dystopian London that were set out on 2008's London Zoo were pretty accurate. And if we are in fact declining rapidly to chaos, there's no better time then the present to take the focus of that sonic assault from earthly domains and blast it to the netherworlds above and below.

The aforementioned London Zoo is where Kevin Martin, found his true voice. Pulling the fringes into a collective, unilaterally hateful assault. A psychological warfare driven by bass that on one hand captured a moment of London, yet also encapsulated a global message influenced by years of timeless and classic out-music.

The latest offering from the The Bug, Angels & Devils, escapes the London cage, drawing on it for influence yet blowing it up into a world-view now seen from Kevin Martin's new Berlin home. A record that simultaneously draws on London Zoo, completes a triptych cycle which started with his Bug debut Pressure, and fills the spaces between and inserts what was missing previously. Both a year zero re-set and a continuation of what has been. Like the Bowie/Eno classic Low, or Can's Tago Mago, the album is split into two distinct themes and explorations of light & dark. Bringing the angel & devil voices together under a single common banner. Antagonist at times, but not solely for the sake of being antagonistic, there's a beauty and lush sparseness to be found within, even when at its most chaotic. Truly only The Bug could find the common ground between Liz Harris (of Grouper) & Death Grips and make it seamless. Angels & Devils stretches the polarity of its predecessor in both directions simultaneously and is even more extreme for its new found seductiveness and added intensity. Deep space is explored, and physical assault is administered. In these days of YouTube quick fixes, and single tune memory spans, its a joy to witness Martin actually charting a cohesive narrative that rejoices in celebrating life through sonic sex and violence, beauty and ugliness. This is an audio thriller that delights in pursuing its own singular path/vision.

With the Angel side(s) up first, things kick off with Liz Harris (of Grouper) in the submerged lushness that is "Void". Followed by contributions from ex Hype Wiliams half copeland ('Fall'), the blissed out patois of touring partner Miss Red (Mi Lost), two truly zoned Bug instrumentals, and rounded out by Gonjasufi on "Save Me". It's a collection of heady, dubbed out cinematic blissfulness with a lurking darkness before giving way to devils...

Devils leads off with the return of long time collaborator Flowdan on the mic and the guitar of Justin Broadrick (Godflesh / Jesu) bringing a complete about face to the proceedings and setting the tone with "The One". Roll Deep's Manga steps up next with the instant Bug classic "Function", which is being currently smashed on dubplate, by Mala, Kahn and Logan Sama. Death Grips raise the antagonistic bar with Fuck A Bitch. Flowdan & Justin Broadrick come back for the cinematic death crawl of Fat Mac. Warrior Queen steps in for hands down the nastiest vocal she's ever delivered (which is saying a lot) for "Fuck You", and finally Flowdan steps up again to round it all off with a Devils battle cry of sorts "dirty, fuck that murky...".

The concept is completed by the artistic expression it's packaged in, courtesy of Simon Fowler (Cataract). Known for his work for Sunn O))), Earth, and others, Simon has delivered a stunning hand drawn illustration, that sort that would make Bosch proud, showing the duality of the proceedings.

Not one to ease anybody into the proceedings, first out the gate for first listen will be a California combo, misanthropes Death Grips with their first ever outside collaboration "Fuck A Bitch", and and the Warp Records mystic Gonjasufi with the heavy nod-out of "Save Me"